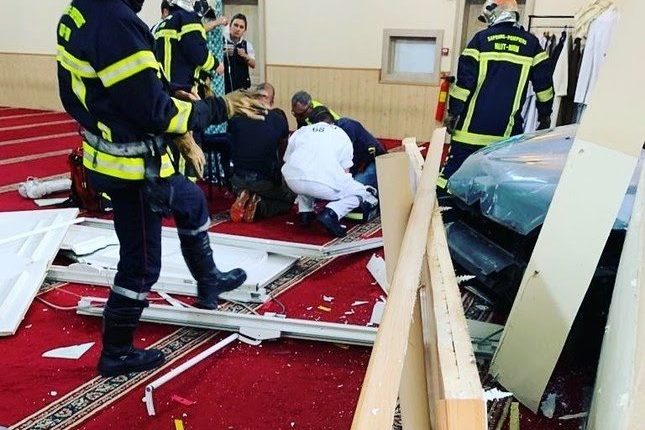 The vehicle crashed into the Grand Mosque of Colmar, damaging its gate and doorway, said the prefecture of Haut-Rhin.
The driver of the automobile was taken to a hospital with a stab wound to his neck.
It is unclear whether the incident was an attack or a suicide attempt.
An investigation was launched into the incident
(Quoting Andolu Agency)

France continues to close down mosques, Islamic schools and organisations

10 Dutch Municipalities Joined in a governmental secret investigation about mosques…

Per a request from authorities, Apple removes “Quran Majeed”, a popular…