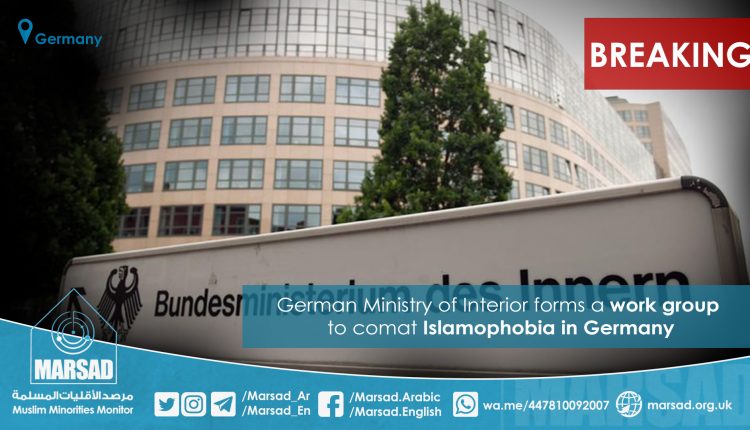 German minister of interior Horst Seehorf announced the launch of a new work group combined of 12 experts to put applicable recommendations to analyse hostile attitudes toward Muslims, allowing the German government and the community to take actionable steps against them.

Seehorf said: “Hostile attitudes against Muslim does not pose a threat to Muslims only, but to the social peace in general”, stating that the group comes as a reaction to the Islamophobic attacks and the terrorist plots to carry out those attacks against Muslims in the past few months in Germany.
It is expected that the experts will release a report including recommendations to take actions in 2 years, knowing that 6 months ago minister Seehorf announced his intention to form this group.

It’s worth mentioning that the German government formed similar groups to combat anti-Semitism and anti-Roma.

A German report revealed 871 Islamophobic attacks carried out by far-right extremist against Muslims, Muslim-owned businesses and Mosques during the past 3 years in an increasing rate of hate crimes against Muslims.