In a precedence in New Zealand, Christchurch terrorist sentenced to life without parole 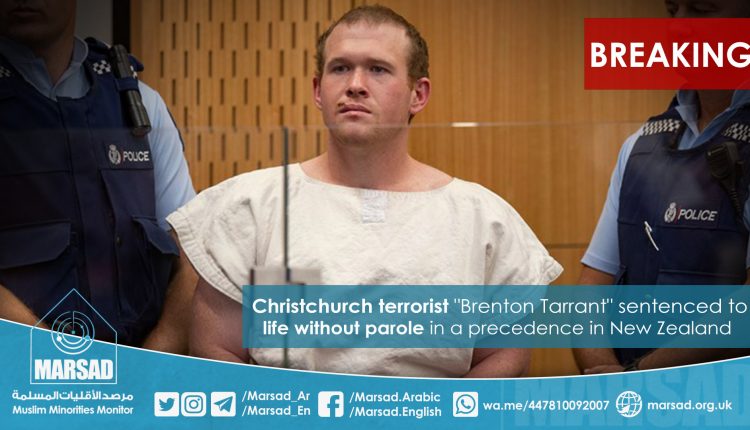 “Your crimes are so wicked that even if you are detained until you die, it will not exhaust the requirements of punishment,” said Judge Cameron Mander upon announcing the sentence on Brenton Tarrant, the Australian terrorist who killed 51 Muslims in #Christchurch in New Zealand in what’s been described as the most hideous crime in the history of the Muslim minority of New Zealand.

Life without parole means Tarrant will not be given the opportunity to leave prison after serving only a portion of his total sentence. It is considered to be a precedence in New Zealand, the country that does not recognise the death penalty in its judicial system.

In a first reaction to the sentence, Prime Minister Jacinda Ardern said: “Today I hope is the last where we have any cause to hear or utter the name of the terrorist”.

The court listened through the past two days to victims impact statement from survivors and families of victims, 91 statements were read to the court.

The terrorist attacked two mosques in Christchurch, New Zealand on Friday March 15th 2019, killing 51 Muslims and injuring 40 others, the youngest of whom was only 3 years old and the eldest was 71.