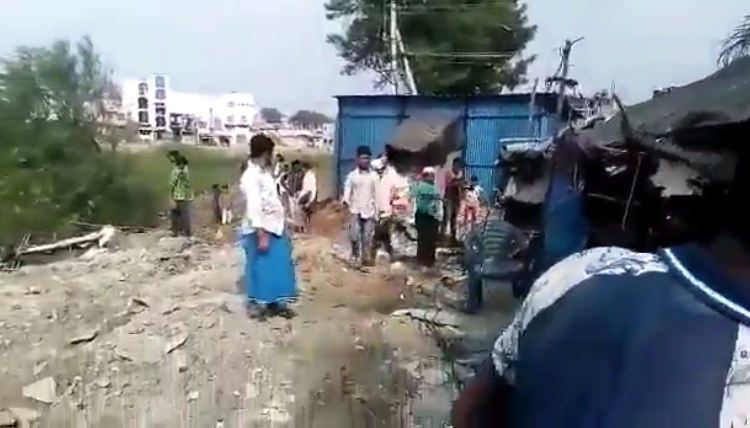 A Rohingya activist reported to ANA saying that Indian authorities in #Hyderabad have destroyed all camps of Rohingya refugees and their belongings “in the most inhumane way”.
A video released by the agency shows heavy equipment destroying camps, mosques and schools with no prior warning to the residents.
“The authorities did not warn the residents or give them time to save their valuable possessions and luggage and threw everything in a yard dedicated to the remains of construction remnants near the camp” said an eyewitness refugee.
In the video it’s heard a man shouting: “We have no other choice but to live on the streets… look this is how the government destroys our homes.. where do we go?”.

Thousands of Rohingya refugees live in India in huts and temporary refugee camps whilst the Indian government refuses to grant them official political asylum nor legal residency status in a time where they are being persecuted and driven out of thier homes in Myanmar by Hindu and Buddhist extremists.

The past few years witnessed a rising tide of hate speech in India in adversity of the presence of Rohingya refugees in India.

On the international Day of Children… What about the children of Muslim Minorities?