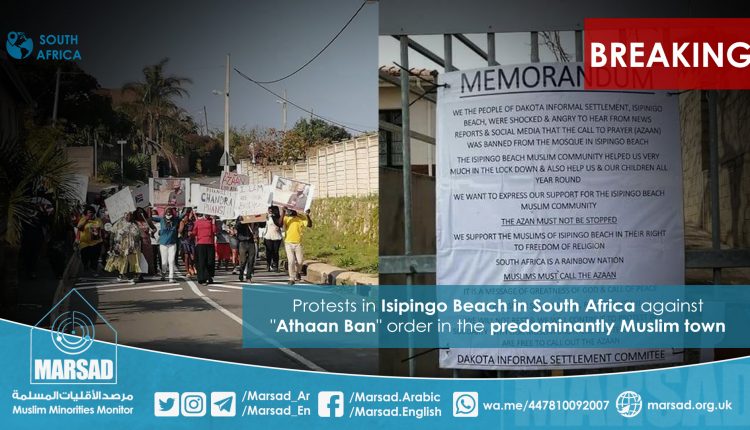 Tens of Isipingo beach residents went out today to protest against an “Athan Ban” order in the predominantly Muslim town.
The town which is located south of Durban witnessed a protest included Muslim along with Christians, Hindus and other residents who showed to their support to the Muslim community.

Mr. Chandra Ellurie who filed a lawsuit against “Madrasah Ta’alimul Din” Islamic Institution claiming that the call to Athaan is disturbing him and his family in his home and that he should not hear which that he finds objectionable, calling the Muslim religion “undoubtedly racist and sexist”.

The protesters gathered in front of Mr. Ellurie’s house to show their support for the Muslim community, carrying a memorandum which says:
“.. We want to express our support to the Isipingo Beach Muslim community who helped us so much during lockdown and all year round.
(The Athan Must Not Be Stopped)”.

The judge who ordered the Athan ban is undergoing a judicial investigation after an appeal was filed against the order.